The 72nd annual California Federation of Teachers Convention took place from March 21–23, 2014, at the Manhattan Beach Marriot Hotel in Manhattan Beach. This year the Part-Time Faculty Association sent its largest delegation ever: Five delegates, including PFA President Mark Miller, Secretary-Treasurer Rich Baker, and Executive Board members-at-large Danielle Blanchard (Drama Department), Lisa McKinley (Counseling), and Nahid Loghmani (Mathematics). It was the first time attending the convention for both Lisa and Nahid. 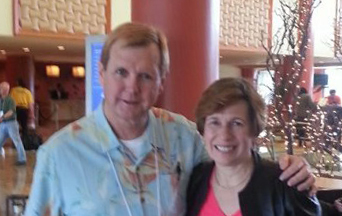