Dave loves teaching adults, another benefit of working at a community college. “The students want to be there,” he says. He especially likes the “community” part of community college, because “You get to meet people from all sorts of backgrounds and age groups.” He enjoys the fact that people take classes for various reasons—some in order to transfer, but others for self-improvement, knowledge, or else simply to learn for the sake of learning. He is also intrigued when he encounters brothers and sisters, husbands and wives taking classes together. “They make great study groups that always do well even when they are competitive.”

Dave has taught a wide range of classes, from arithmetic to algebra, computer science, geometry, trigonometry, and space operations. And teaching at Hancock is in a way coming home for him, since he was a student here, earning his A.A. before moving on to what was then Chapman College for his B.A. in Electrical Technology. From there he went to Webster University for an M.A. in Computer Resource Management and Management.

Dave is part of the now-graying generation that remembers when there was a military draft. As the Vietnam War was winding down he received his draft notice in 1972. He chose to join the Air Force rather than go in the Army, and was in basic training in January 1973 when the Vietnam Peace accords were signed.

But Dave and the Air Force turned out to be a good fit. He remained in the service for 25 years, the first nine as an enlisted man and then sixteen more as an officer, rising to the rank of major before retiring in 1998.

Dave sees his military background as an asset when teaching. “I bring a strong work ethic to the classroom. I encourage people to be to class on time and to get their work in on time.” He also likes to use himself as an example of someone succeeding in getting their education even while working full-time and raising a family—he did both. He also likes to mentor current and ex-military people.

Dave encourages people to visualize what the real world is like, and uses the analogy of an engineer who has built a bridge. “He won’t say it is ready for use until it’s done right. You don’t take something to your customers until it’s complete and you are ready to sign off on it.” He encourages his math and engineering students to regard their homework the same way.

“It warms your heart,” he says, “when you have a student eager to learn, when they conquer fractions or equations, and are appreciative of what you’ve taught them. Teaching,” he adds, “keeps me mentally active.”

An Orcutt resident since 1993, Dave has four grown children and eight grandchildren. While his military career enabled him to travel “all over,” he intends to stay on the Central Coast and continue teaching at Hancock, doing what he likes to do best: Teaching and helping people. 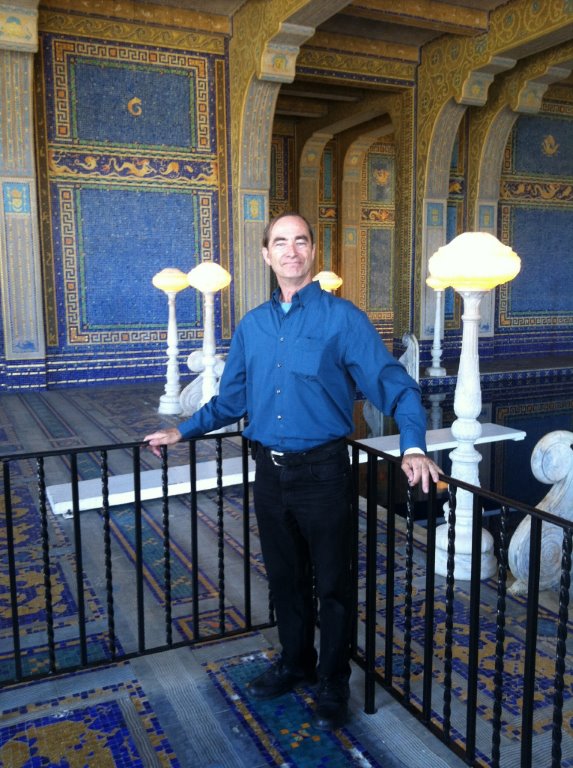