Jun22 Comments Off on PFA Honored With Membership Growth Award

As was reported in a brief bulletin sent on June 13, the Part-Time Faculty Association has been honored with a Membership Growth Award by the California Federation of Teachers. These awards are given to locals who have significantly increased their membership in a given year. Since increasing membership is something every local wants to do, competition is strong. This is the first time we at Local 6185 have won this award.

We began a serious membership drive last fall. While everyone on our executive board and in our office played a role, the lion’s share of the work was done by Jenny Morris and Richard Baker.

Because this is such an honor, we voted to hold a special Executive Board meeting to commemorate it. On June 11 our Executive Board met, along with special guests Dan Martin, California Federation of Teachers Executive Director, and Mike Terman, our CFT Area Representative. The award was officially presented to our local and then given a place of honor on the wall of our office.

Please take a moment to look at the pictures taken at the meeting and of the award also. 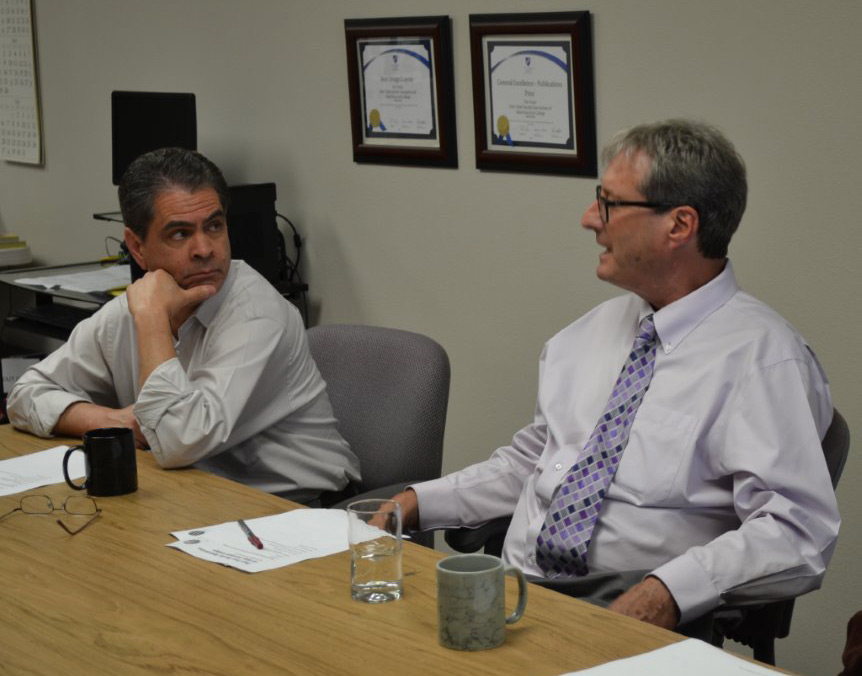 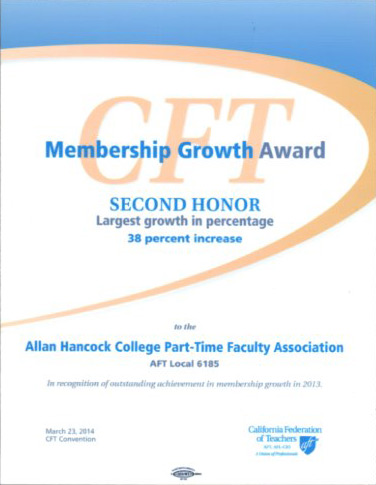